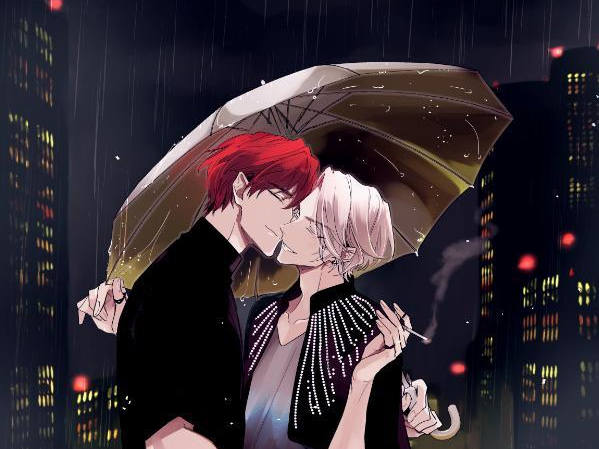 Recently, I’ve been reading yaoi manga out of curiosity. And I must say, the contents are… interesting. No sarcasm intended. Personally, I find the yaoi genre (also called Boy’s Love) in Japan quite addictive to the extend that these stories actually reflect the societal problems the LGBT (Lesbians, Gay, Bisexual and Transgender) are facing today. Not only that, one fact that surprised me was that yaoi manga is catered towards women.

Take ‘Super Lovers’, for example. This series depicts the romantic relationship between an older brother, Haru and his adoptive younger brother, Ren. Incest aside, what caught my attention was Ren’s fears and self-doubt over his sexuality when he realizes that he is falling for his brother. This made me question myself: What is so wrong about two persons belonging to the same gender who love each other romantically? Love has no limits right? Why is it that the LGBT group has to suffer so much just for the sake that their love is not accepted by society?

I know I am treading in dangerous waters here; but this is a topic that I feel strongly about. As to yaoi manga created for the purpose of women’s enjoyment, this is also something that reflects the treatment of women’s sexuality in Japan. Upon deeper research, yaoi (and shounen-ai) are a form of escapism for women stuck in the very limiting Japanese patriarchal society. By appreciating this unique genre, women are able to construct an alternative reality in which heternormativity and the reproductive demands of the family system reflect back things women desire but are unable to get due to societal and cultural expectations.

Perhaps one famous yaoi series, ‘Junjou Romantica’ serves as an example in explaining the research above. Through various gay couples, this series provides an utopia-style world for romance whereby two gay men are able to experience pure love without gender stereotypes or societal pressures. In fact, their relatives and friends are extremely tolerant to men’s love. Another factor as to why this series is so appealing to women may be the idea of ‘control’. In the Japanese society, women are expected to be demure and submissive. As such, this series (in fact, all yaoi manga) provides an alternate reality for women to be the one ‘controlling’ and to experience the vulnerability of men not usually encouraged in such patriarchal societies.

However, I must still say that the yaoi genre is not for everyone. Due to a variety of reasons, some may be turned off by two men experiencing intimacy (same goes for women, which is called ‘yuri’ in Japan). Then again, this post is just my opinions on the bigger issue that this genre reflects: one’s sexuality.